We left Chefchaouen and made towards a wild campsite near the Roman ruins at Volubilis. The roads started to get a little rougher and at some points all there was was a vehicle’s width of tarmac in the middle and gravel either side.

We stopped at a cafe for lunch where you see the meat cut up by one Moroccan and then it is cooked by another before being taken into the cafe to eat. Really nice lamb chops and Kefta.

The campsite for last night (Friday) was a wild site in a wooded area. A problem for a couple of our vehicles but nothing unsurmountable. 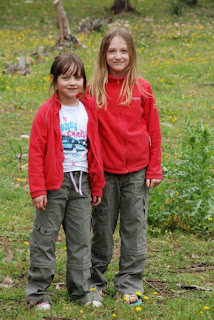 The girls helped with collecting logs for the camp fire.

Once the fire was alight everyone soon gathered around with a drink or two…..and hot spuds…. 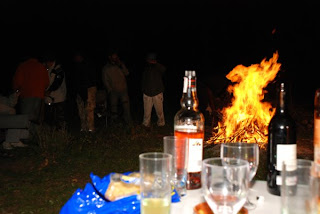 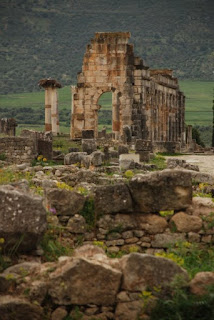 We had an English speaking guide take us around the various houses and streets, impressive.

Having left Volubilis we had about an hours drive to the campsite at Meknes which, again, is basic but this is Morocco and not the Caravan Club. It can be seen though, that at one point this was a really nice site. The site is in the town only a short walk to the souks and square.