June had travelled to Tel Aviv many times for work but never really had time to explore too much. As this looked like being her last trip (redundancy imminent) we decided to tag on a few days so as Bob could join her and see some of the sites.

Tel Aviv is a city of contrasts and probably not what a lot of people expect. The beachfront is no different to many European resorts and there are plenty of good bars, cafes and restaurants to be found. Recent years have also seen the growth of small boutique hotels which are great alternatives to big (and expensive chains) which have typically dominated the market. We stayed in the Hotel 22 Rothschild which is centrally located and just a short 10 minute walk to the beach. 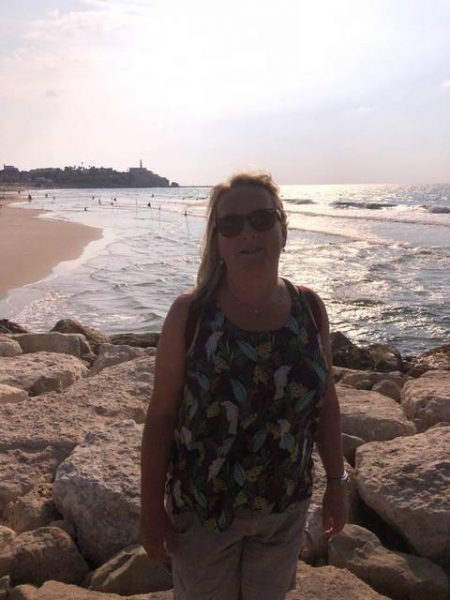 Once work was over we took a late afternoon stroll along the beach to the old port of Jaffa to watch the sun go down and enjoy dinner at The Old Man and The Sea restaurant – great place where you choose your fish main course and they bring 20+ bowls (small bowls!) of various salads which are constantly replaced. The fresh bread is to die for but be careful not to fill up on bread and humus before the main arrives! 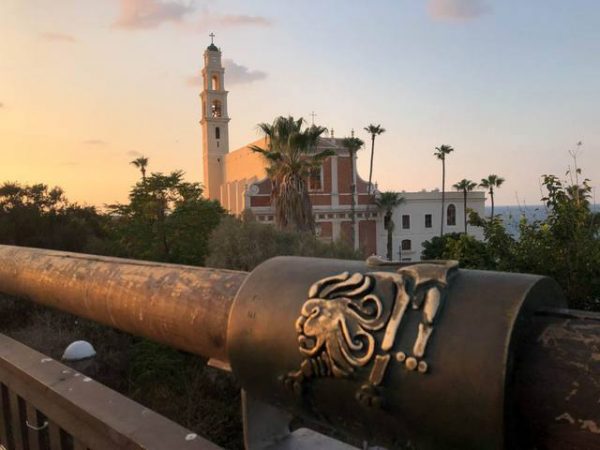 With the public transport system being mostly buses and Tel Aviv often paralysed by traffic jams, we booked two coach tours so we could get out of the city. On the first trip we headed north along the coast as far as the Lebanon border with stops at the following:

Caesarea – ancient Roman ruins of Herod’s Harbour and the amphitheatre, one of the biggest built during the Roman era. 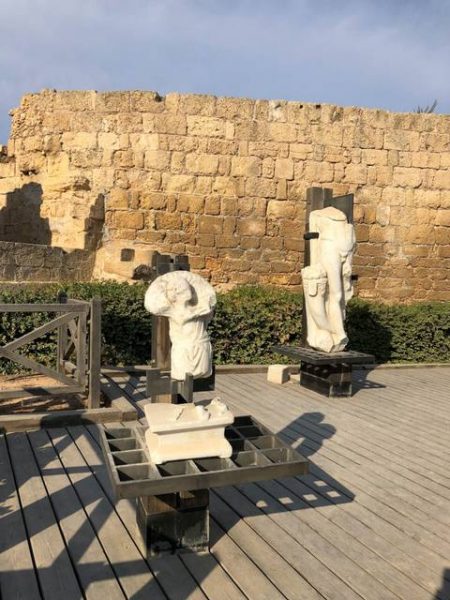 Haifa – a quick stop to see the terraced Baha’i Gardens, the headquarters of the Baha’i faith 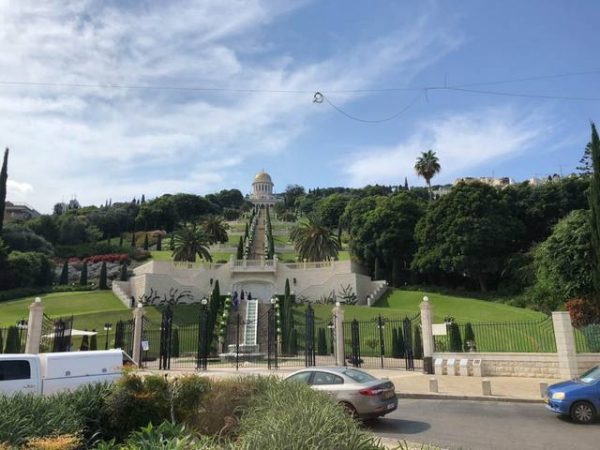 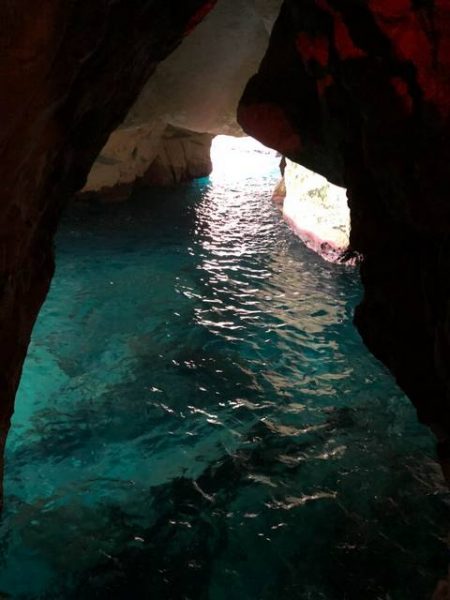 No trip to Israel is complete without a visit to Jerusalem which we combined with also visiting Bethlehem.

Our first stop of the day was dedicated to another “king” – the Elvis diner. This was certainly more of our more unique #clewleystopsforcoffee! 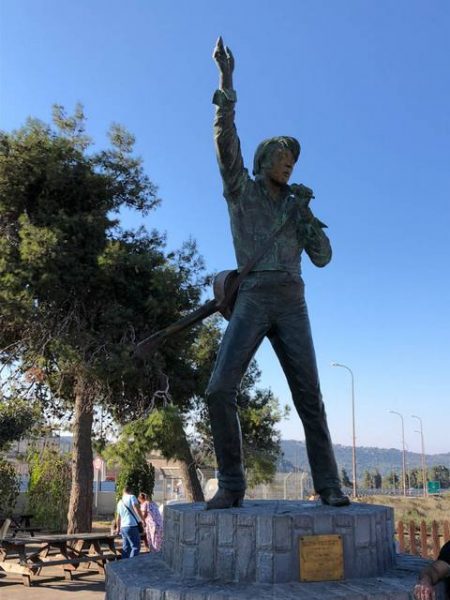 From there it was onto the outskirts of Jerusalem and the Mount of Olives for views across the city. 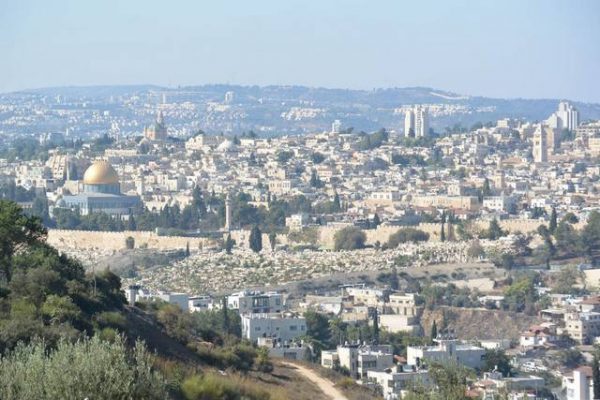 We then left the coach and walked into the old town via the Western Wall (also known as the Wailing Wall). As it was a Saturday and the Sabbath we were unable to take photos of those in prayer at the Wall but from a small distance you can see why this is such a troubled area with the Dome of The Rock and the Al-Aqua Mosque sitting right on top of it, all highly significant places in their respective religions. 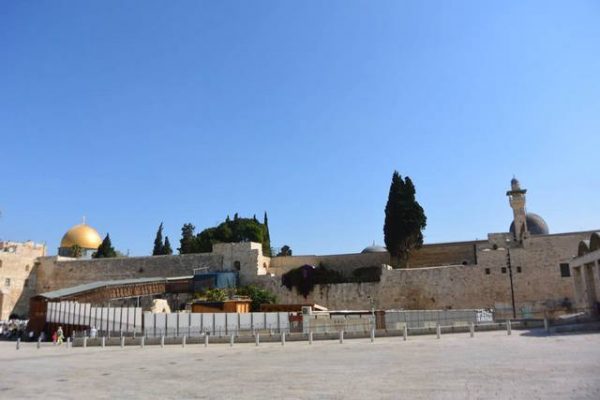 In the old city we walked along part of the Via Delorosa along which Jesus is said to have carried his cross, to the Church of the Holy Sepulchre built on the site where he is believed to have been crucified and the location of his empty tomb. Whatever your religious beliefs, it is difficult not to feel something in this place.

In order to go on to Bethlehem we had to cross through a check point in the controversial wall being built by Israel to enter an area of the Palestinian West Bank. Here we visited the Church of the Nativity and Manger Square. 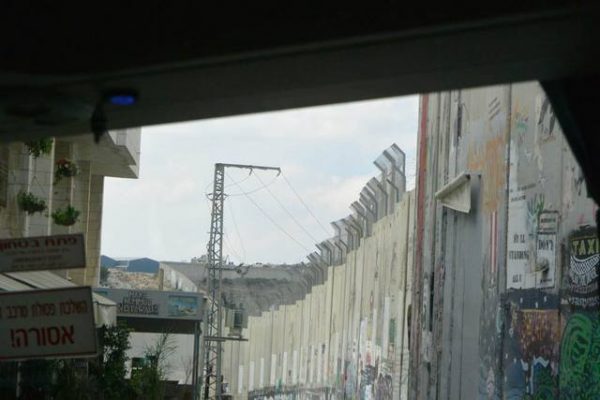 Back to Tel Aviv and tonight’s dinner was off the beaten track at a recommended Ethiopian restaurant called Balinjera. There is a large population of Ethiopians in Israel after two waves of mass immigration assisted by the Israel government between 1984 and 1991. The food was totally new to us but delicious!

We spent our last morning around Tel Aviv with, finally- June had never managed more than a paddle previously, a swim in the Med followed by a stroll around Carmel market. 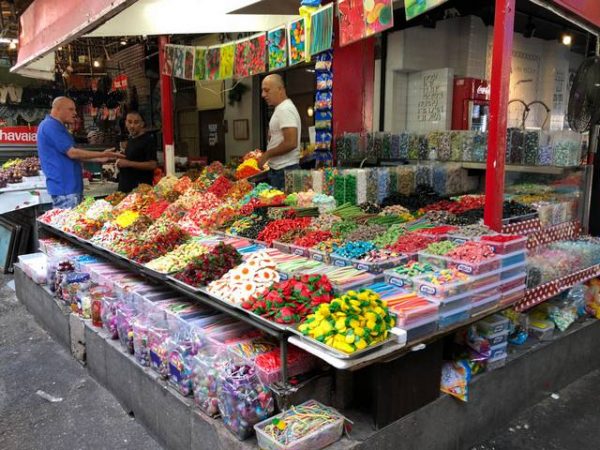 We really enjoyed a few days in Israel and would highly recommend a visit – don’t be put off by what you see in the press. It’s a bit on the pricey side but as more places open it is getting cheaper and there are more choices with flights including EasyJet.